The spectacular London Guitar show is back at the world class ExCeL Exhibition Centre, London Docklands June 11th to 14th 2009 and the UK’s biggest guitar show is better than ever. With only 10 days to go we can now announce a truly world class line-up of acts to entertain, inspire and wow the crowds, plus the best display of gear under one roof and an action packed schedule of signings and seminars.

The Institute of Contemporary Music Performance (ICMP) is delighted to announce an exclusive educational clinic with acclaimed bassist and Trace Elliot endorsee Doug Wimbish, and drummer and Mapex endorsee Will Calhoun on Wednesday June 10th 2009.

Best known for their time in legendary band Living Colour, Doug and Will are highly respected musicians in their own right.  A self-confessed ‘journeyman’, Doug Wimbish has travelled an amazing road – from the Sugarhill Gang to Mos Def via Living Colour, Tackhead, Jungle Funk, Little Head and sessions for Madonna, Annie Lennox, Young MC, The Rolling Stones, Seal and Joe Satriani, amongst countless others.  After over 20 years as an innovator and explorer of music and bass, Doug continues to ride the cutting edge.

The Guitar Idol competition was one of the highlights of 2008 attracting over a quarter of a million visitors to the website to watch, listen and vote for hundreds of aspiring guitar gods who entered from every corner of the globe. Thousands of guitar fans witnessed the live final at The London International Music Show in June 2008, which saw guitarists from Russia, Brazil, Canada, Italy, Bosnia and the UK battle to be crowned Guitar Idol 2008. Brazilian Gustavo Guerra was the victor, and the competition featured on national TV in almost a dozen countries – media coverage in the UK included The Sun, The Mirror and even Channel 4’s ‘Richard & Judy’! 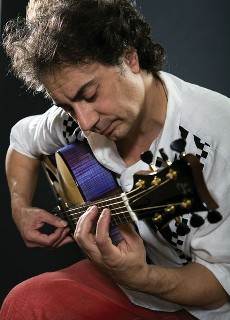 The Guitar Institute (part of London’s Institute of Contemporary Music Performance) recently hosted the 2009 guitar scholarship finals, in conjunction with Yamaha and Musicradar.com.  The winners were James Neye, who walked away with a prize of a free course worth £5,250 and Máté Bodor, who received the sum of £2,500 towards his own course fees.