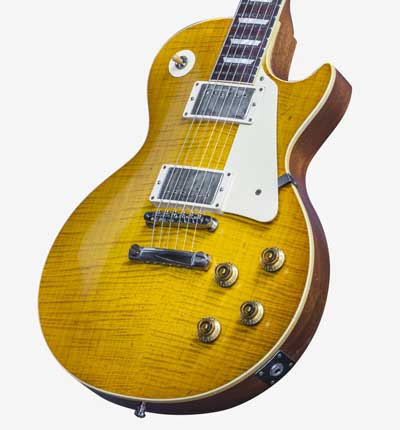 Gibson has joined forces with Cheap Trick guitarist Rick Nielsen to announce the limited release of the Rick Nielsen 1959 Les Paul Standard, a replica of Nielsen

For the past 25 years an original 1959 Les Paul has been a staple for the legendary guitarist making multiple appearances both on stage and in the studio. The new Gibson Custom model precisely replicates the original at a level of detail so fine that when put side-by-side Nielsen declares it Rock and Roll Hall of Fame on April 8th during a ceremony at Brooklyn's Barclays Center.