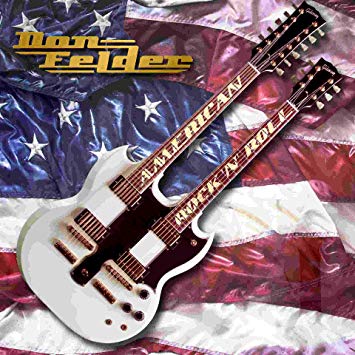 The leadoff single and title track “American Rock ‘N’ Roll,” featuring performances on guitar by Felder and Slash, drums by Mick Fleetwood and Chad Smith, is available for download and streaming on January 25, 2019.

Felder will be embarking on a worldwide tour to promote the new album due out April 5 on BMG. In addition, Felder and his iconic double neck Gibson electric guitar, that he recorded and performed with on Hotel California, will be featured at the Metropolitan Museum of Art's new exhibit titled Play It Loud: Instruments of Rock and Roll opening April 8th.

One week since my new album came out! Thank you for listening to 'American Rock N Roll'. Order now using the link at the bio! 🇺🇸🤘 #DonFelder #AmericanRockNRoll